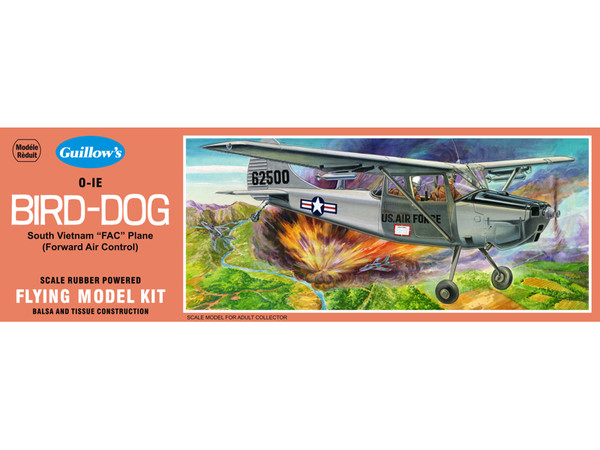 Originally designated the L-19, The Bird Dog went into production in June, 1956 and was used during the Korean campaign as a liaison airplane by Army Field Forces to spot the enemy's troop concentrations, direct ground operations, carry ammunition, and evacuate wounded. It returned to production in 1962 and designated the 0-1E, the Bird Dog gained fame anew as a “FAC” airplane (forward air controller) in South Vietnam war where it was very effective in spotting and directing fire against the enemy Vietcong forces.