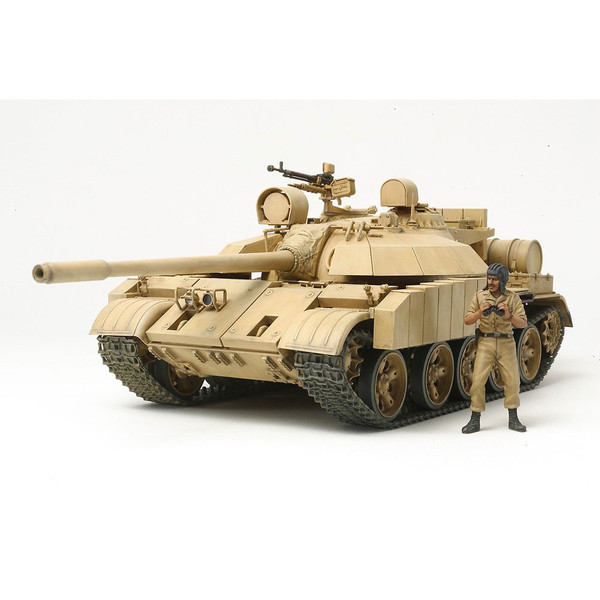 Up-Armored War Horse
During the 1991 Gulf War, the Iraqi army fielded an upgraded variant of the T-55 tank. This unique variant was distinguished by additional armor blocks attached to the turret and hull to enhance protection. These tanks were deployed to regular Iraqi armor units and it is said that they were used as command tanks. Since they lacked an official designation, Coalition forces gave them the name "Enigma" and several examples were captured during the course of the conflict.

Robust form of the tank is accurately reproduced.

Cast metal texture on the turret and engine grille that is different from the Russian version are all included.

New parts were created specifically for this kit.